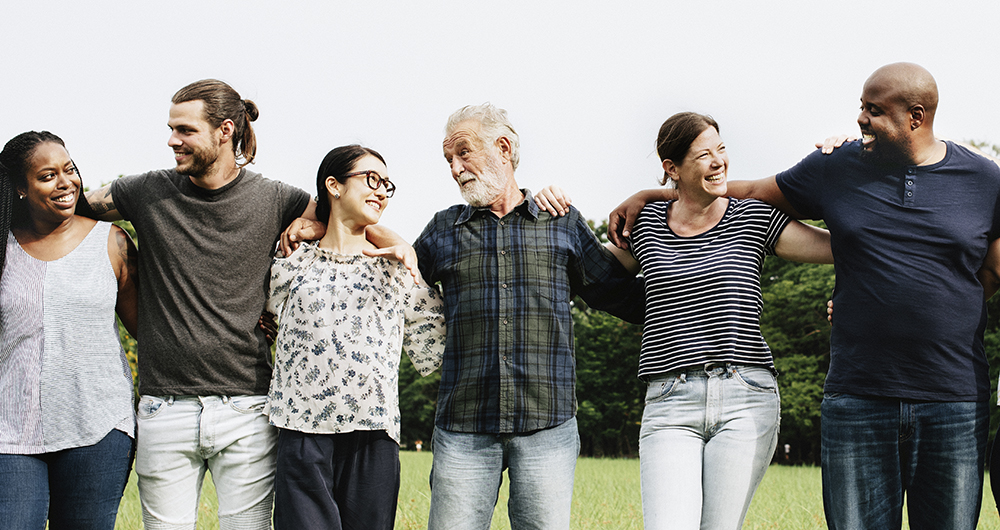 When we want to create cultural change within our community, it can often feel intimidating. We may second guess if we are making a difference or being impactful. Shifting our cultural mindset on race and diversity comes from everyday people having meaningful conversations, in which new perspectives are come to be understood.

Over the summer, Caroline Brock, a white woman from South Carolina, was in need of an appliance technician to repair her dryer. The gentleman who showed up to assist her was Ernest Skelton, a local black repairman. In light of recent events, she asked him how he was holding up. Skelton shared how racism had affected him professionally.

Brock was shaken when she learned that this friendly, courteous, and professional businessman was pulled over on average six times a year, not in his personal vehicle, but in his work van. Brock learned that Skelton was not pulled for traffic violations, but rather on suspicion for nearby crimes. While his van was clearly full of work tools, he would be asked to provide invoices, if money was in the van, he would be accused of selling drugs. When Skelton would push back, and ask for names or badge numbers, police would become upset with him.

As a result of the patterned behavior, Skelton had made a business decision not to work past dinnertime. In an interview, Brock stated, “Ernest, a middle-aged black man in uniform cannot work past dark in Myrtle Beach in 2020 because it’s not safe for him. She did not say this with any kind of agenda. It was a quiet, matter of fact truth. A truth that needs to be heard.”

Brock shared her story with friends and family via her Instagram page. She did not anticipate it to gain so much traction. She decided to use her new found local fame to continue the conversation on race within her community. She is using her platform to encourage people to become more engaged in learning about real experiences that are happening in their hometown. In one of her posts Brock states, “We need to recognize that we’ve got a lifetime of kindness to pour into people of color. Not pandering or net-neutral interaction, but good old fashion kindness–the type that shines in the eyes because it comes from the heart… Next time you’re out in public, take a moment to open your heart…be the change.”

Another example of small change making a big difference comes from New York. Benjamin Smith is a white marine, whose best friend, Marcus Ellis, is black. When Smith heard about what happened to George Floyd it upset him. “I fought for a free America, a just America… That’s not what I fought for,” Smith said in an interview with CBS.

Smith and Ellis took it upon themselves to make a statement within their community. They put up a sign in the front yard that said, “Black or white, relax and have a beer.” They sat in lawn chairs and invited their community to come and chat about race in America.

Country star Brad Paisley caught wind of the duo and wanted to help contribute to the good they were doing. To ensure their community talks remained ongoing, Paisley sent hundreds of dollars of beer in an effort to support the change they were making.

Our last story comes out of Tennessee and is an example that it’s never too late for hearts to soften. Two neighbors, one white, one black, had lived next to each other for four years and had never spoken until just recently. James Martin, a 70-year-old white man, has a huge American flag draped over his front door, and two white porcelain bunnies that sit in his front yard. Over the years, Whittaker, his black neighbor, had made numerous attempts to connect with his neighbor. He would wave, smile, shout good morning, but never received any type of acknowledgement.

Over the summer, Martin came out to his front yard and painted one of his bunnies black. For nearly a whole day, Whittaker kept mulling over why on earth, his neighbor would choose to paint one of his bunnies black. His gut told him it was race, but Whittaker wanted to find out for himself. The next morning, he approached his neighbor about his act. Martin responded, “This is the hard work, it’s going to take. Uncomfortable conversations. Admitting our own biases. Calling it out in our small circle of friends. So, I need you all to call out the bias in your own hearts… Apologize to who you need to apologize to… Do the heart work.” Whittaker stated in an interview that, “while protests may change policy, conversations change community.”

All three of these stories are examples of how meaningful, heartfelt conversations are creating positive change right at home. To learn more about how you can be a change agent in your community Contact Djoly.

Yang, A., Fasano, S., & Muldofsky, M. (2020, June 25). How an appliance technician’s conversation about race resonated around the world. Retrieved February 16, 2021, from https://abcnews.go.com/US/appliance-technicians-conversation-race-resonated-world/story?id=71454013