Operating on a principle that “People are at the root of every solution,” Djoly motivates individuals and organizations to overcome challenges and be their best. Everyone has a vision. As a leadership consultant, and inclusion and diversity consultant, Djoly helps people align teams, leap obstacles and realize their vision. Get Djoly in your corner and prepare to achieve far more than you ever thought possible! 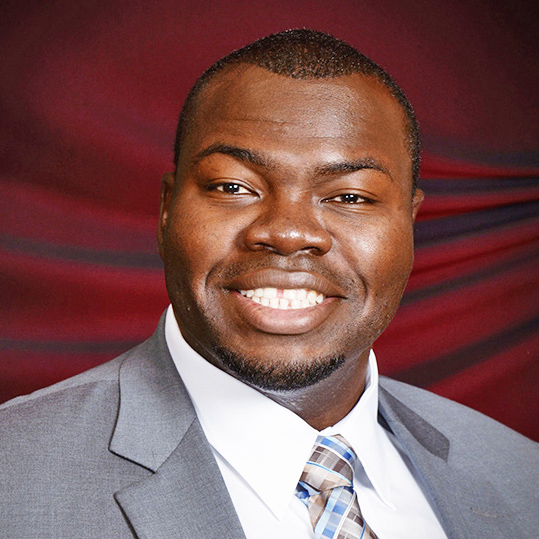 Djoly was born on the island of Haiti. His father came to the United States (Florida) and worked for years to bring his mother, sisters, and himself to the states when he was eleven years old. He watched his parents farm in Haiti and then work multiple jobs in the United States, instilling in him a hard work ethic that values faith, independence and a drive for success. Djoly’s parents told him to go after the American dream and achieve success. His years of schooling in the United States were difficult until he found football. His football coach taught him about teamwork, facing adversity, and fighting through pain. Football ultimately landed him at a college in Wisconsin. He quickly realized his dreams needed to be bigger than football. Djoly’s faith grew stronger with every year he was in college. He was the first person in his family to graduate college. He went on to receive his master’s in business administration and ultimately his Ph.D. in Leadership. Djoly has over 14 years of management experience working in a Fortune 50 company and countless years of teaching and mentoring leaders to be the best version of themselves.

Having over a decade of management experience with one of the top 3 transportation companies in the world, Djoly Souffrant Ph.D. has managed a team of individuals responsible for executing strategic projects in engineering, financial planning, IT system development, negotiations, and payment of contracts. Additionally, he has been responsible for managing the contracts and relationships of over 300 companies that assist in serving the entire United States, Puerto Rico, and the Virgin Islands. Djoly has provided mentorship and leadership counsel to all levels of employees from newly hired managers to executives and business owners.

Dr. Djoly Souffrant strives to make lives better through the fulfillment of goals and achieving success by inspiring people to grow beyond their comfort zone and reach their full potential!

“We could all write bestselling books on the types of leaders we have witnessed and lived through. I created this company to help leaders’ triumph through difficult circumstances. Not just to survive them, but to triumph, despite their circumstances. True leaders do not seek followers, they seek to influence and inspire others to be the best version of themselves.” – Dr. Djoly Souffrant

comes from within – and Dr. Djoly will help you activate it.

Sign up and receive a motivational or inspirational quote!