The Hopeful Cries of a Resilient Nation 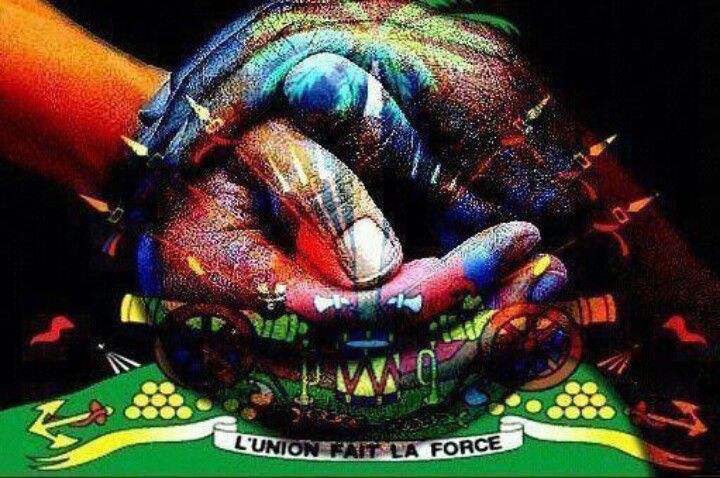 Any good love story is complex.  The unconditional love from a partner, parent, or child, shines so warm and bright it can cast out all the shadows in a room.  It is euphoric and a feeling we never want to lose.  But love also has the ability to be painful and disappoint us.  As an immigrant, my love of country is also complex.  My heart is split between a country that will forever be home, but also a country that has afforded me the opportunity to build a better tomorrow for my children, and my children’s children.  Join me in learning more about my love for country, what is going on today, and how you can make a difference.

On July 7, just a little over a month ago, Haitian President Jovenel Moise was assassinated in his home.  The investigation is still on-going, and most recently a judge overseeing the investigation has chosen to step down out of safety concerns.   While in the United States, our first doses of the Covid vaccine became available to first responders in December, in Haiti those first doses were not made available until just a few weeks ago.  And this weekend the country was hit by an earthquake of magnitude 7.2, which has left an estimated 1,419 people deceased and 6,009 more injured.  Tropical depression Grace will be further complicating survival efforts as it approaches Haiti later today and into tomorrow.  It is easy to look at the amount of turmoil in Haiti and be filled with despair, sadness, and loss of hope.

Haiti has a long history of staying hopeful even when most would give up and say hope has been lost.  Haiti was previously known as St. Domingue along with the Dominican Republic, a French Colony established in 1697.  It was at one point in time, the most wealth-producing countries, exporting sugar, coffee, and indigo.  But this wealth came at the cost of enslaved men, women, and children.  This treatment went on for nearly 100 years, before a group of rebels rose up in what became a 13 year long Haitian Revolution that resulted in convincing the French government to abolish slavery altogether.   Unfortunately, this freedom was short-lived.  Just a few years later, in 1799 Napoleon Bonaparte took power, and he and his brother waged a war of extermination on all people of color over the age of 12 in St. Domingue.   Again, slavery returned not just to St. Domingue but also extended now into other Caribbean colonies.  In 1802, Haitians again rose up to fight for themselves, sparking a war for independence.   In 1804 Jean-Jacques Dessalines, under the slogan, “Freedom or Death,” led the army to victory declaring Haitain independence.  Thus, from it’s first day of existence, Haiti abolished slavery.

As a boy growing up in Haiti, this history lesson is one that the Haitain culture is built upon.  We are resilient no matter the storm, devastation, or turmoil.  This is what gives me the most hope for the future.  This trait is undeniable in nearly every Haitain.  When you consider our history, how our country was founded, we would be doing a disservice to give up so easily.  The ability to bounce back from hard times has been instilled in me from the time I was born, always focusing on the future, the things you can control today to grow for a better tomorrow, and being reminded of God’s love for me.

This is not just my mindset, but the mindset of so many Haitians.  Don’t take my word for it, even the scientific community has studied Haitians as they hypothesize why this culture stands out above others in overcoming disasters.  This hope is what I cling to, I don’t have thoughts that question recovery.  Rather my thoughts are, “Fall down six times, stand up seven.”  I am reminded of Maya Angelou’s strength building poem, “Still I Rise,”  where no matter what words, actions, or obstacles are put in her path, she remains strong and confident in herself and rises above.

Today, Haiti is undeniably the poorest country in the western hemisphere.  While the people of Haiti will rebuild, and remain positive in light of this devastation, they are in need.  Nearly 37,312 homes were destroyed, with numbers rising everyday.  There are many ways that you can make an impact in the lives of those less fortunate.  If you feel led, you can partner with a local church to find out what mission opportunities are available.  If a mission trip is not in your future, look for a reputable charitable organization that is accepting donations.  The Haitain community will be in need of clothing, food, water, basic toiletries such as soap, and toothpaste.  And lastly, if either of these options are outside of your comfort zone, prayer is always needed and welcomed.  Pray for peace, strength, recovery, and health.

“Out of the huts of history’s shame
I rise
Up from a past that’s rooted in pain
I rise
I’m a black ocean, leaping and wide,
Welling and swelling I bear in the tide.
Leaving behind nights of terror and fear
I rise
Into a daybreak that’s wondrously clear
I rise
Bringing the gifts that my ancestors gave,
I rise
I rise
I rise.”

Excerpt from Still I Rise by Maya Angelou