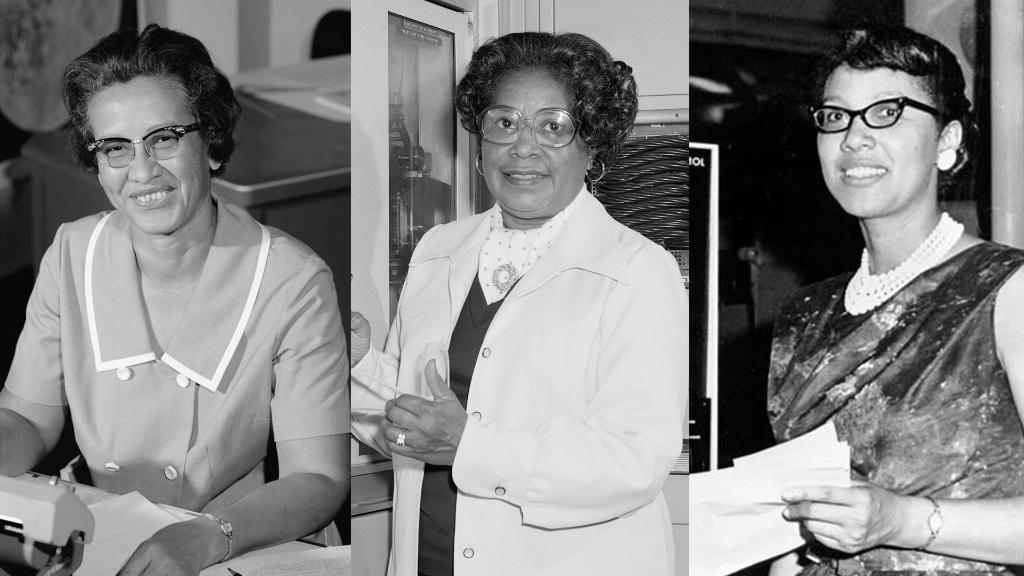 Most of us are familiar with the names and stories of individuals associated with NASA.  Neil Armstrong, Buzz Aldrin, John Glenn, and Alan Shepard all have their place in our history books as it pertains to their missions and accomplishments.  And while those accomplishments are amazing in their own right, we would be doing an injustice to not take time to celebrate those individuals who helped guide trajectory for these missions and ensure success.

Katherine Johnson had a fascination with numbers from the time she was a young child.  In an interview with NASA, she said, “I counted everything.  I counted the steps to the road, the steps up to church, the number of dishes, and silverware I washed… I counted everything.”  Her intelligence did not go unnoticed in her home.  Her father, who was dedicated to seeing his daughter succeed, moved the entire family when she was 10 so that she could enter high school.  Johnson began her career as a human computer in 1953, working for the National Advisory Committee for Aeronautics.  She later went on to work for NASA in Langley’s Research Center and Navigation Department.  She worked on Redstone, Mercury, and Apollo programs, specifically calculating the trajectory for Alan Shepard.  Before launching the Friendship 7 in 1962, John Glenn specifically requested for Johnson to manually check the trajectory projections that a machine computer had calculated.  Johnson never took all the credit for her accomplishments while working at NASA.  She regularly credited her fellow peers as being key players to her success.

A key player that regularly worked with Johnson was Dorothy Vaughn.  Vaughn was NASA’s first African-American manager, paving the way for Johnson to even have a position at NASA at all.  Vaughn began to work for NASA during WWII, and initially thought the position would only be temporary.   Vaughn was asked to help oversee the West Area Computing Unit, as Jim Crow laws required the segregation of African-American human computers from their white counterparts.  Vaughn ran the unit from 1949-1958 and where she would become an expert programmer.  During her time at NASA, IBM took off.  Programmers would communicate with IBM, using a programming language called FORTRAN.  Vaughn recognized that FORTRAN had great potential and dedicated herself to learning the language.  Vaughn laid the foundation for women to excel in STEM fields.  Without her tenacity and contributions to the field of digital computing, we would not be where we are today.

Mary Jackson was a scientist who worked closely with Johnson and Vaughn.  Jackson’s employment with NASA began in 1951, where she directly reported to Dorothy Vaughn.  She worked as a human computer for two years, when she was offered an opportunity to work with an engineer.  She gained valuable hands on experience, and was recommended for a training program that allowed her to promote from a mathematician to an engineer.  A female engineer, of any background was unheard of in the 1950’s.  It’s been thought that Jackson may have been the only black female aeronautical engineer in the field.  She authored or co-authored nearly a dozen research reports on the behavior of boundary layer of air around airplanes.  As the years progressed, her promotions slowed and Jackson realized that the glass ceiling was nearly impenetrable.  Jackson made a pivotal career change from engineering and became Langley’s Federal Women’s Program Manager.  This new role allowed her the ability to impact the hiring and promotion of NASA’s female mathematics, engineers and scientists.

If you are interested in learning more about these women, visit https://www.nasa.gov/modernfigures or watch the movie Hidden Figures featuring their career work at NASA.